From November 11th 2020, this album is available on Bandcamp for early listening and support of the project. A few weeks later, it will be on other platforms as well.

The second  Tribe Spirit Album “Otherworld Paths” was produced in 2020 and marks the revival of the project after a break. The 9 songs are dedicated to the worlds within, each song a part of the journey. 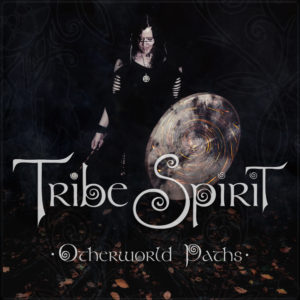 Tracks
1. The Calling – This Is Where It Begins
2. On Wings Of Vision
3. Sacred Grove (Featuring Stéfan Steyn)
4. Into The Earth
5. Follow The Rhythm
6. Shadow Dance
7. Unforget
8. Reconnect (Featuring Mike Modulacja)
9. One The first Tribe Spirit album “Spirits, Tales and Fire” (released 2017) was recorded by Selkie Anderson and is a collection of songs, that she had written or interpreted over the years on her many instruments. In the spirit of the tribe, friends and fellow artists contributed to this album as backup voices.

You can purchase the digital album on Amazon, Apple Music and many other platforms – you can also stream it on Spotify, Deezer etc.

Out on Bandcamp now: Otherworld Paths

Manage Cookie Consent
To provide the best experiences, we use technologies like cookies to store and/or access device information. Consenting to these technologies will allow us to process data such as browsing behaviour or unique IDs on this site. Not consenting or withdrawing consent, may adversely affect certain features and functions.
Manage options Manage services Manage vendors Read more about these purposes
View preferences
{title} {title} {title}